10 Amazing Facts For Your Next Dinner Party

1. There are more trees on Earth
than stars in the Milky Way Galaxy

In a September 2015 paper published in the scientific journal Nature entitled “Mapping tree density at a global scale” an estimate for the number of trees on Earth was approximately 3.04 trillion.

Meanwhile, according to NASA the generally accepted answer for number of stars in the Milky way is between 100 and 400 billion. [source]

2. Speaking of stars, guess how many miles (or km)
the nearest star (after our Sun) to Earth is?

Like objects in your side-view mirror, stars in the night sky seem a lot closer than they are. Alpha Centauri is the closest ‘star system’ to us at an approximate distance of 4.37 light-years which works out to roughly 25 trillion miles or 40 trillion km away. 😳

3. Alaska is simultaneously the most northern,
the most western, and the most eastern state in the US

Wait, what? Look on a map and it’s easy to see that Alaska is the United States’ most northern and western state. But eastern? That’s because the Aleutian Islands are part of Alaska and stretch beyond the 180° line of longitude (which is measured from Greenwich) thus placing some of the islands technically in the Eastern hemisphere, since the dividing line for the eastern/western hemisphere is at 180° (source)

4. ‘Oxymoron’ is an oxymoron

The term was first recorded as latinized Greek oxymōrum and is derived from the Greek where ‘oxys’ means “sharp, keen, pointed” and ‘moros’ means “dull, stupid, foolish”. Oxymoron is also an autological word, which means it expresses a property that is also possesses (e.g. the word “noun” is a noun, “English” is English, “pentasyllabic” has five syllables, and “word” is a word) [source]

5. If you start counting at one and spell out the numbers
as you go, you won’t use the letter “A” until you reach 1,000 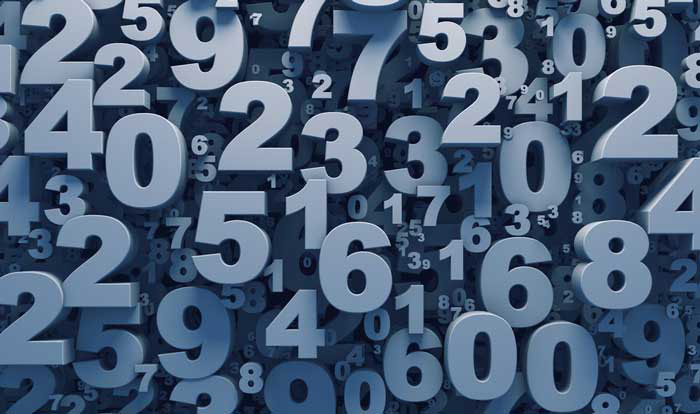 6. Oxford University is (way) Older than the Aztec Empire

Older, like it’s not even close. As the oldest university in the English-speaking world, Oxford is a unique and historic institution. While there is no clear date of foundation, teaching existed at Oxford in some form in 1096 and developed rapidly from 1167, when Henry II banned English students from attending the University of Paris. [source]

Conversely, the Aztec Empire, or the Triple Alliance, began as an alliance of three Nahua “altepetl” city-states: Mexico-Tenochtitlan, Texcoco, and Tlacopan. These three city-states ruled the area in and around the Valley of Mexico from 1428 until they were defeated by the combined forces of the Spanish conquistadores and their native allies under Hernán Cortés in 1521. [source]

7. The official animal of Scotland is… the Unicorn 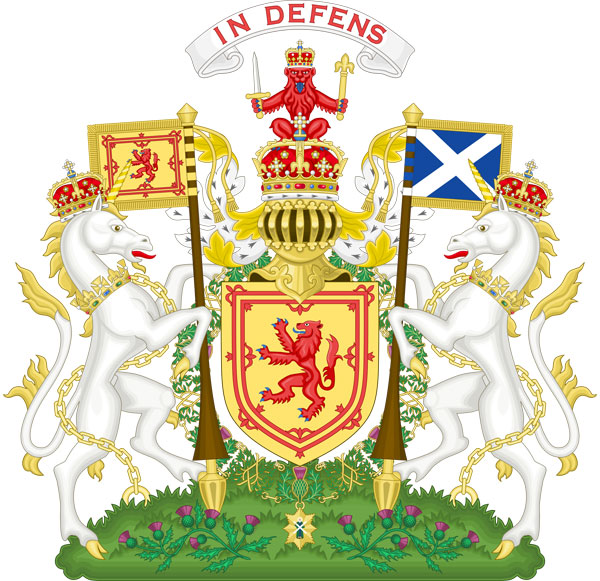 According to The Scotsman: in Celtic mythology, the Unicorn of Scotland symbolized innocence and purity, healing powers, joy and even life itself, and was also seen as a symbol of masculinity and power. It has been a Scottish heraldic symbol since the 12th century and today, the Royal Coat of Arms of the United Kingdom of Great Britain and Northern Ireland still has the English lion on the left and the Scottish unicorn on the right. [source]

Ronald Wayne worked with Steve Jobs at Atari before he, Jobs, and Wozniak founded Apple Computer on April 1, 1976. Serving as the venture’s “adult supervision”, Wayne drew the first Apple logo, wrote the three men’s original partnership agreement, and wrote the Apple I manual.

Wayne received a 10% stake in Apple. Less than two weeks later, on April 12, 1976 he relinquished his equity for US$800. Legally, all members of a partnership are personally responsible for any debts incurred by any partner; unlike Jobs and Wozniak, then 21 and 25, Wayne had personal assets that potential creditors could seize. The failure of a slot machine company, which he had started five years earlier also contributed to his decision to exit the partnership.

Later in 1976, venture capitalist Arthur Rock and Mike Markkula helped develop an Apple business plan and converted the partnership to a corporation. A year after leaving Apple, Wayne received $1,500 for his agreement to forfeit any claims against the new company. [source]

9. With just 70 people, there is a 99.9% chance
that two people share the same birthday

23 people is all it takes for there to be a 50/50 chance that two of the people share a birthday. The ‘birthday paradox‘ provides a valuable lesson in probability and reveals our tendency to think linearly instead of exponentially.

You can find a thorough mathematical explanation of the birthday paradox here, but at it’s core, we tend to think of our birthday compared to the 22 other people so there are 22 chances. But when all 23 birthdays are compared against each other, it makes for much more than 22 comparisons. 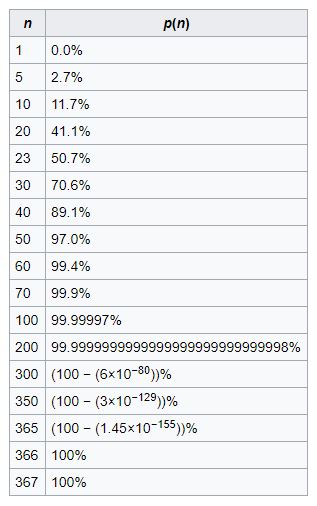 The following table shows the probability for some other values of n (this table ignores the existence of leap years, as described above, as well as assuming that each birthday is equally likely)

10. There’s enough water in Lake Superior
to cover North and South America in a foot of water

To talk of Lake Superior is to talk in superlatives. Its 3 quadrillion gallons are enough to cover both North and South America under a foot of water; it holds 10% of the world’s surface fresh water supply; at 31,700 square miles (82,100 sq km) it’s roughly the size of Maine.

If all 7 billion people on Earth drank a gallon of water per day it would collectively take us 1,174 years to drain it. [source]