Banksy has just filled Paris with a series of new, politically directed works that highlight recent issues in France such as migration and the hijab ban along with his usual criticisms of commercialism and income inequality.

He also acknowledged the 50 year anniversary since the ‘May 68‘ uprising in France which he claims was the birthplace of modern stencil art.

The recent works mark the first time the street artist has created murals in Paris and the locations of some of the pieces are symbolic as well. According to The Local:

– One work was placed on the back of a road sign outside the Pompidou centre modern art gallery, which houses Europe’s biggest collection of contemporary art

– Banksy sprayed a rat wearing a Minnie Mouse bow (Disneyland is largest employer in Paris) under the caption “May 1968” near Sorbonne university, one of the centres of the uprising

– Banksy also created an image of girl huddled in mourning in a fire exit next to the Bataclan concert hall, where 90 people were massacred by jihadist gunmen in November 2015

50 year anniversary of ‘May 68‘ uprising in France, located near Sobronne University which was one of the centres of the uprising

Feeding a dog his own leg bone that he sawed off 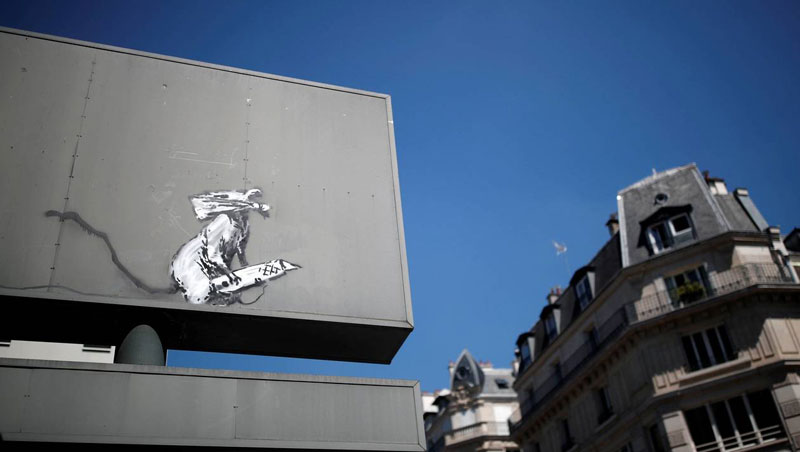 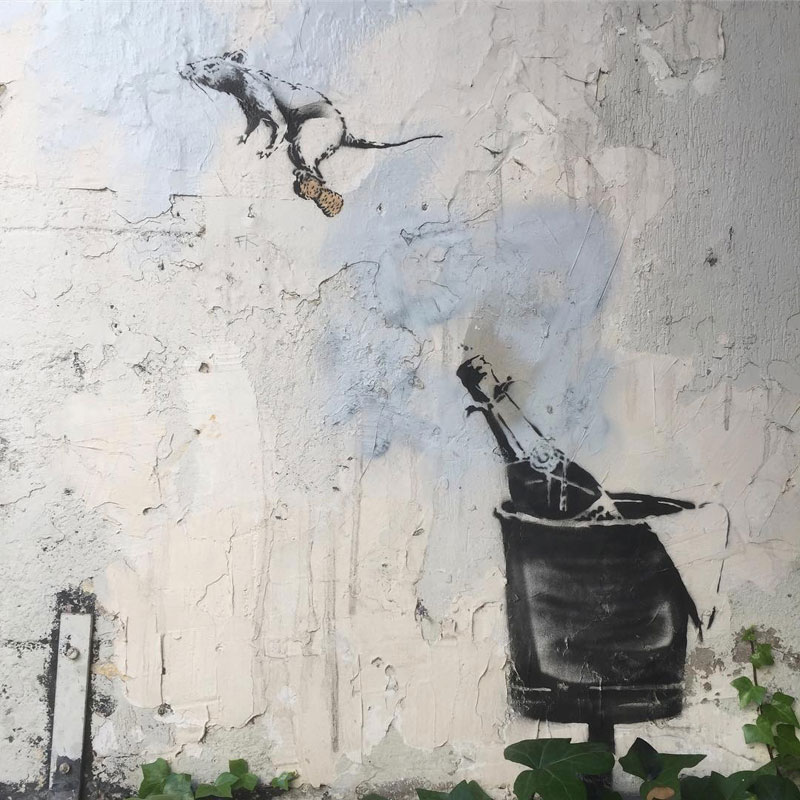