Fall of Fame: The Most Iconic Falls in Film History

Long, dramatic falls are commonly used in cinema to give an appropriately theatrical send-off for a character. Although perilous plunges are mainly used as a way of providing the film’s villain with their well-deserved comeuppance, it’s not unheard of for heroic characters to fall victim to the same fate.

Whether it’s from an aircraft, a huge dam or even a towering satellite dish, there aren’t many comparable ways to provide a cinematic send-off.

Online roofing supplier Roof Stores have put together a list of the most iconic falls in film history. Their selection of the most well-known nose-dives spans genres, decades and – most importantly – distance, giving us more of an insight into these spectacular scenes.

Read on for the background to each of these classic movie moments and why they deserve a place in film’s ‘Fall of Fame’.

In one of the most iconic scenes from Peter Jackson’s movie trilogy, based on the classic novels by JRR Tolkien, Gandalf the Grey faces off against the fearsome Balrog. To up the stakes even more, this takes place on a very thin walkway over a vertigo-inducing precipice. After defeating the beast, he is caught off guard as it drags him into a seemingly endless cavern beneath the Mines of Moria, but not before he gets to utter one more cryptic command to his heartbroken fellowship.

Crank is a spectacle of crazy, non-stop action which made it the perfect fit for grizzled cockney hard case Jason Statham. Having been injected with a poison that can only be kept at bay by remaining in a state of elevated adrenaline at all times, the clock is ticking for Chev Chelios to get his revenge. In suitably high-stakes fashion the final scene of the movie sees Chelios battle the movie’s big bad Ricky Verona on board a helicopter leading to a mid-air fist fight which leaves both men plummeting to the ground.

Within the violent metropolis of Mega-City One, ruthless drug lord Madeline Madrigal (aka Ma-Ma) rules over the 200 storey Peach Trees complex. Her reign is put in jeopardy when two elite law enforcement officers, known as Judges, arrive to investigate a murder. Not one to back down from a fight, she locks down the entire structure and attempts to have them killed. This approach backfires as Judge Dredd defeats her army of thugs and throws her from the roof to prevent her from detonating a failsafe explosive.

Also See: 10 Movies That STOLE The Idea Without Getting Caught

In the first, and still, by far the best, entry into the now iconic action franchise – NYPD Detective John McClane must go it alone to save an office block from a team of armed thieves using only his wits and a machine gun was taken from one of the defeated terrorists (ho-ho-ho!). The leader of these sophisticated criminals, Hans Gruber, maybe a master strategist with a team of militants at his disposal but he is foiled at every turn by Detective McClane. Gruber meets his freefalling fate when – in a final confrontation with McClane – he fails to notice a concealed handgun duct-taped to the wisecracking cop’s back. 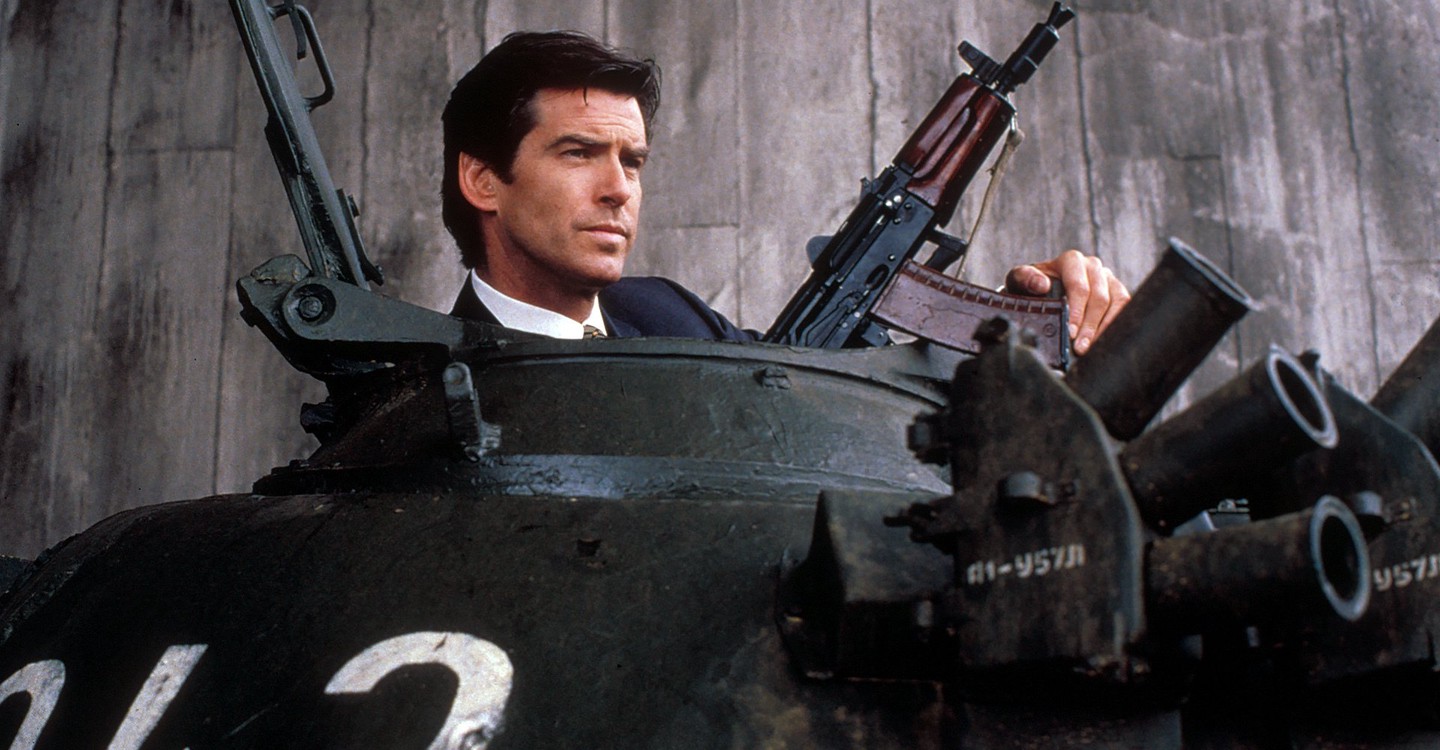 Rogue MI6 agent Alec Trevelyan is the main antagonist in the seventeenth outing for suave superspy James Bond. Having betrayed his country to help the Russians secure a pair of electromagnetic weapon satellites, things are personal between the ex-partners. Although he almost achieves his destructive goal, he is pursued by Bond until they finally come face to face on top of a giant control antennae. Despite putting up a good fight, he proves no match for 007, who unceremoniously drops him to his doom. Accused of his wife’s murder and on the run from the law to prove his innocence, vascular surgeon Richard Kimble has certainly seen better days. With no-one buying his story about the true culprit, a one-armed man, he is forced into a dramatic game of cat and mouse with a relentless by-the-book lawman. In the most iconic set piece from The Fugitive, he is cornered at the entrance to a storm drain overlooking a dam by Deputy U.S. Marshal Samuel Gerard. Rather than surrender, Kimble takes a leap of faith and makes his escape.

Now that you know what to expect to check out The Most Iconic Falls in Film History which places these movie moments in order of distance and duration.