James Mangold‘s Wolverine 3 set photos are surfaced and it features a new look at Hugh Jackman as an older Logan and our first look at Patrick Stewart and an older Charles Xavier. Wolverine 3 will be released in theaters on March 23rd, 2017.

Just Jared, who reports that the scene in the photo involved the Wolverine and Professor X “rushing out of a casino and into a truck”. As you will see they are also joined by a mysterious young actress. There’s no information on who she is or what her role is in the movie.

X-23 could be introduced in this film, and it was recently reported that the main villains going up against Wolverine in the film would be the Reavers. 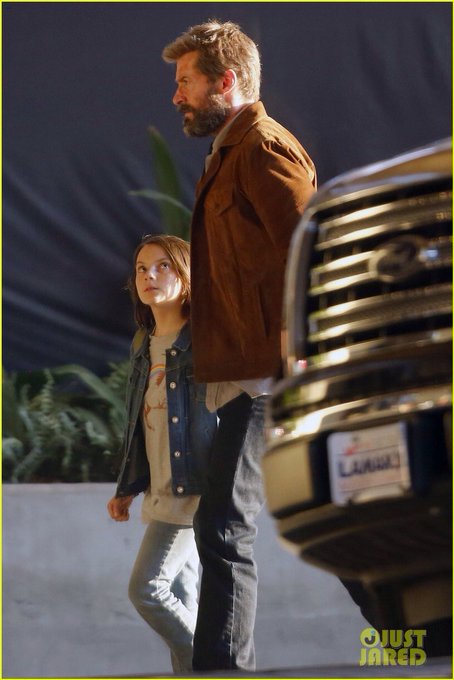 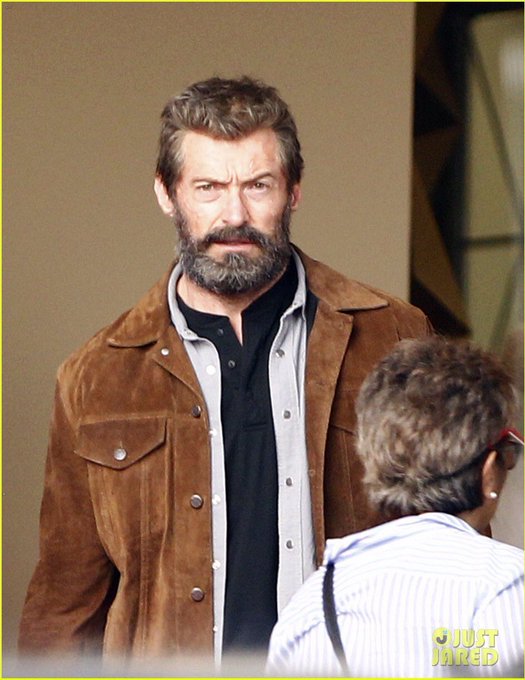 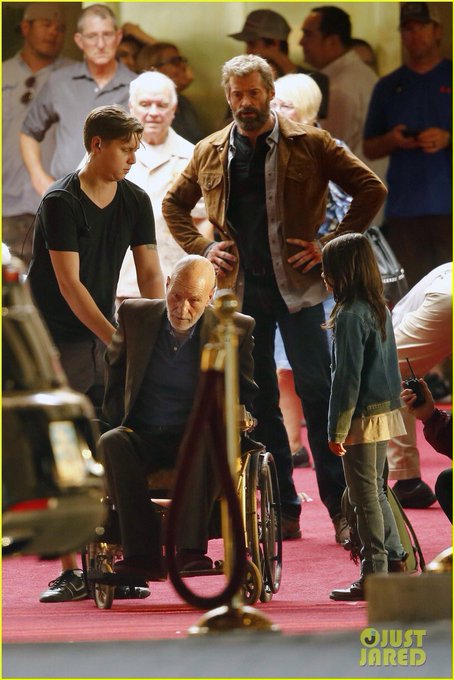 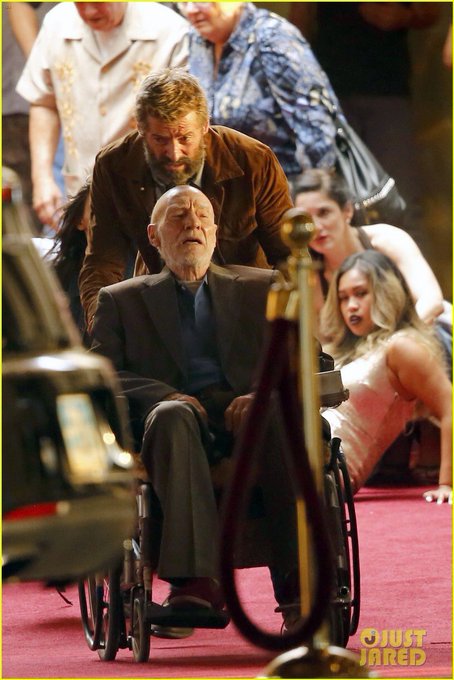