Disney has revealed the first trailer and poster for Pixar’s upcoming fantasy adventure film Onward. The movie starts us with two teenage elf brothers who start on an amazing quest to discover if there is still a little magic left out there. 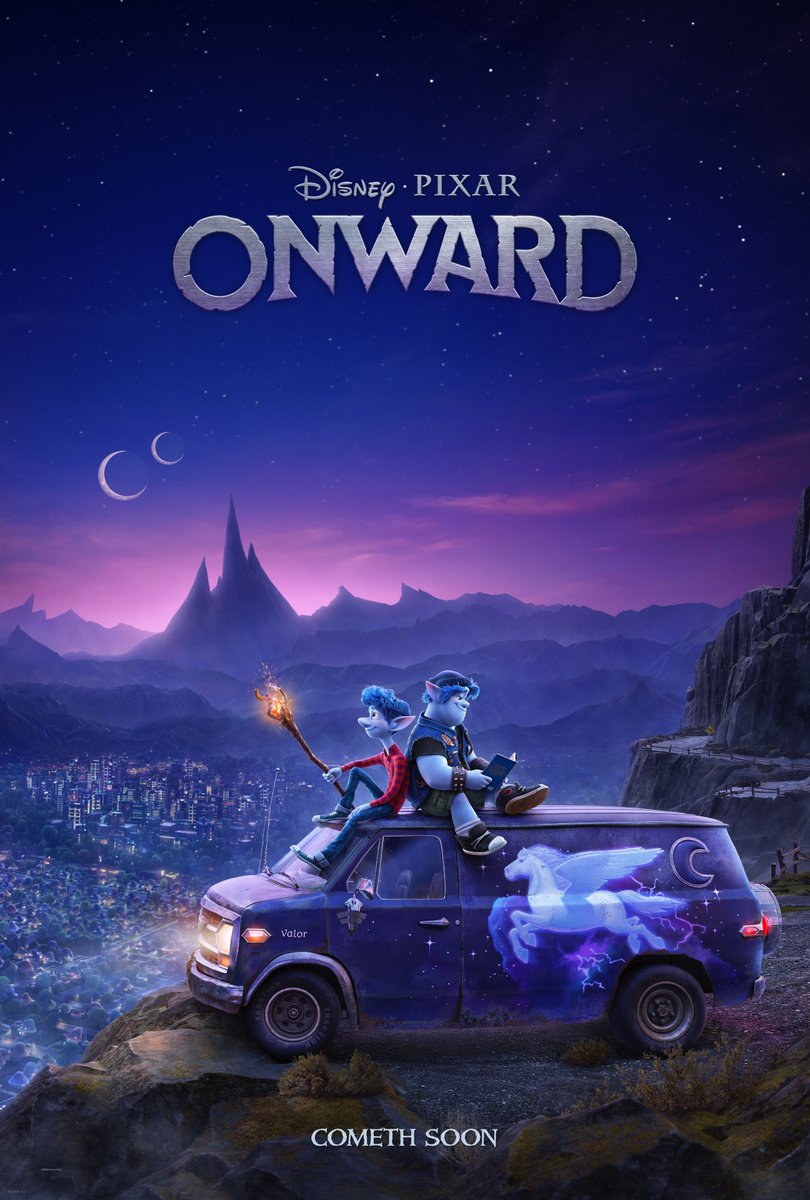 The movie looks awesome and a Pixar movie which fans will enjoy, and it features a fantastic voice cast that includes Chris Pratt, Tom Holland, Julia Louis-Dreyfus, and Octavia Spencer. As a fan of most of the films the Pixar animation team creates, I’m looking forward to this. I like that it’s different from anything that they’ve made before.

Director Dan Scanlon (Monsters University) is bringing the story to life, and he recently said that the story was inspired by his own relationship with his brother. He said:

“In the film, we’re going to tell the story of two teenage elf brothers whose father died when they were too young to remember him. But thanks to the little magic still left in the world, the boys embark on a quest that will allow them a chance to spend one last magical day with their father.”