The Internet Is Having Fun With Obama’s Official Portrait

Beginning with President George H. W. Bush, the National Portrait Gallery initiated a process by which the museum would commission a portrait of each president, and beginning with First Lady Hillary Rodham Clinton, this process expanded to include a commissioned portrait of the first spouse. All are privately funded and are owned by the Smithsonian’s National Portrait Gallery.

The 44th President of the United States selected artist Kehinde Wiley whose painting of the President estimates just over 7 feet tall.

Wiley has included flowers in the background (another nod to historical portraiture) to reference elements of the president’s personal history, including jasmine for Hawaii, African blue lilies for his father’s Kenyan heritage, and chrysanthemums, which are the official flower of Chicago…

A swelling vein on the left side of the president’s face, and the intensity of his gaze, suggest the “doesn’t suffer fools gladly” impatience that occasionally flashed from him. [source]

I am not surprised at all with the reaction to the painting online. There are many comedic responses to the painting. If one thing’s for sure, the Internet is always ready with the responses and clever comebacks, Photoshops, and memes in response to anything worth noticing. Check out internets funniest responses below.

This may or may not have been the inspiration for @BarackObama's official portrait: pic.twitter.com/d9yJTYImm7

Edgy and graceful at the same time.

Outfielders are going to have trouble with the new obstacle at Wrigley Field this season. pic.twitter.com/EEjRu8HOsb

wait no sean wat are you doing pic.twitter.com/bLABp3wq4E

Is anyone else getting a Beyoncé vibe off Obama’s portrait? pic.twitter.com/FkcNVIVtte

It looks like they painted Obama outside the White House behind the Oval Office #ObamaPortraits pic.twitter.com/jFN1M96xnP 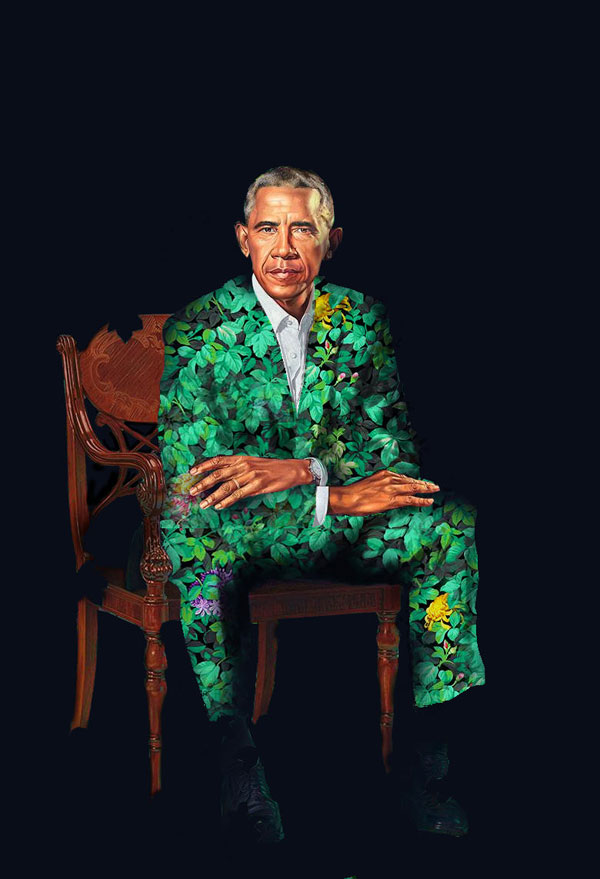 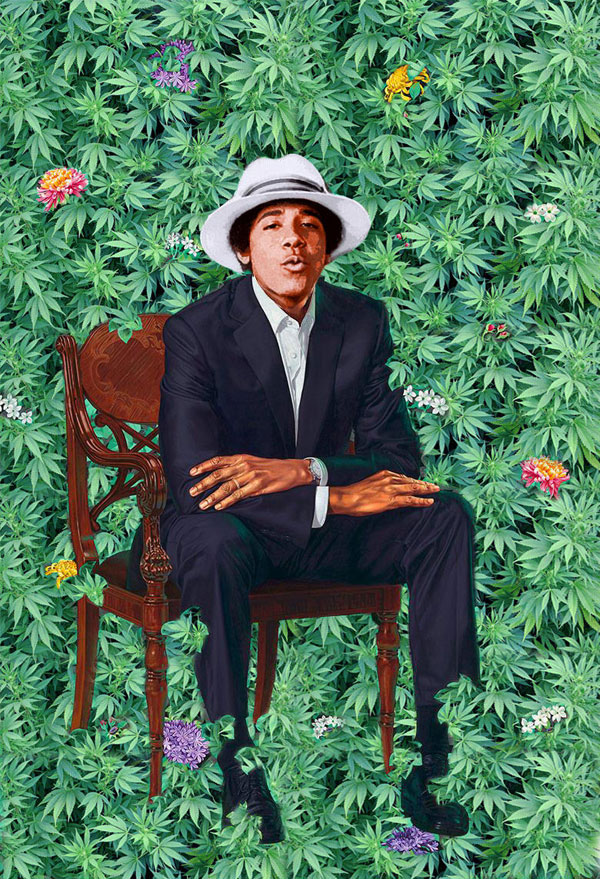