The first trailer for the FORD V FERRARI is coming out this Sunday but today we’ve got the first poster for the film. 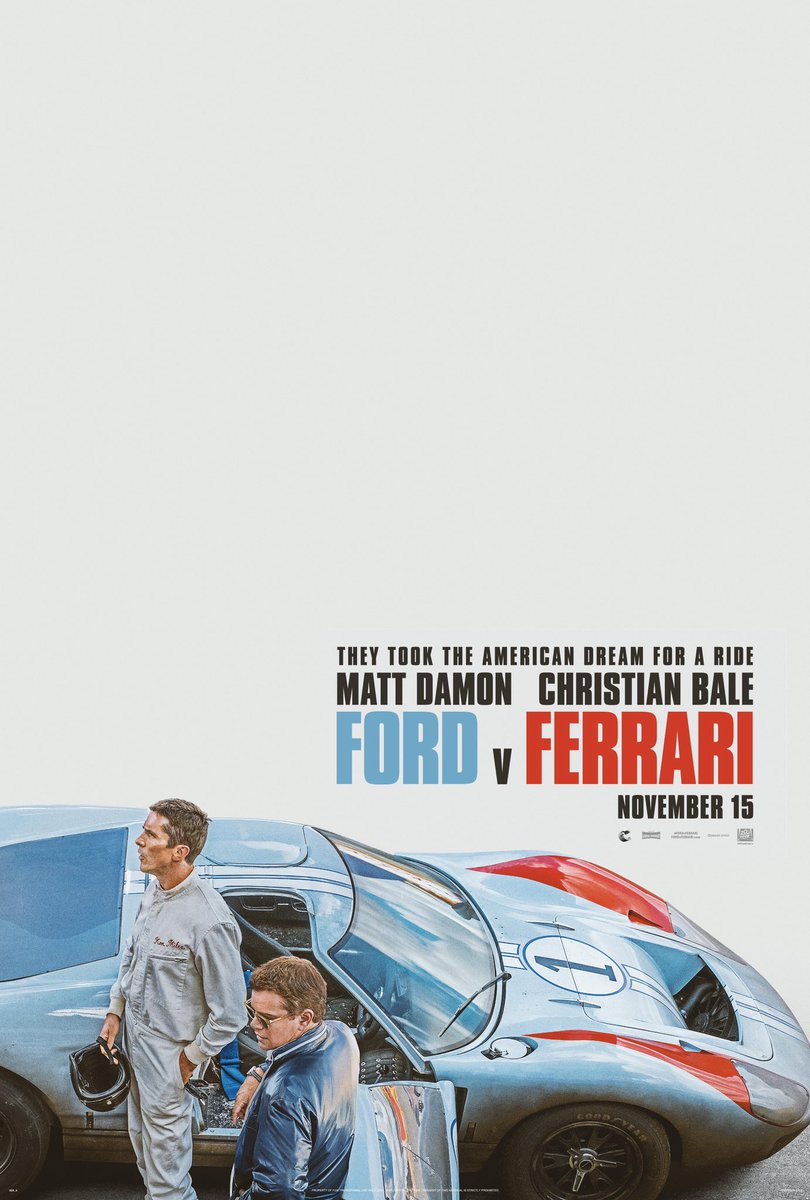 The film shows the extraordinary true story of the “visionary American car designer Carroll Shelby (Damon) and the brave British driver Ken Miles (Bale), who together fought corporate interference, the laws of physics, and their own personal demons to build a revolutionary race car for Ford Motor Company and take on the dominating race cars of Enzo Ferrari at the 24 Hours of Le Mans in France in 1966.”

Bale said about the movie, “This is David vs. Goliath vs. Goliath. You’ve got the industrial Goliath with Ford and the charismatic Goliath of reputation with Ferrari, and then this true story of the triumph of the misfits.”

FORD V FERRARI will arrive in theaters on November 15th.