New artworks by Banksy have begun to appear around NYC including this giant mural the artist did in collaboration with graffiti writer Borf.

In the mural, you can see the Turkish artist Zehra Dogan, who a year ago was convicted to jail for nearly three years by the Turkish courts for a watercolour painting she did based on a photograph she saw in a newspaper.

This is that photo: 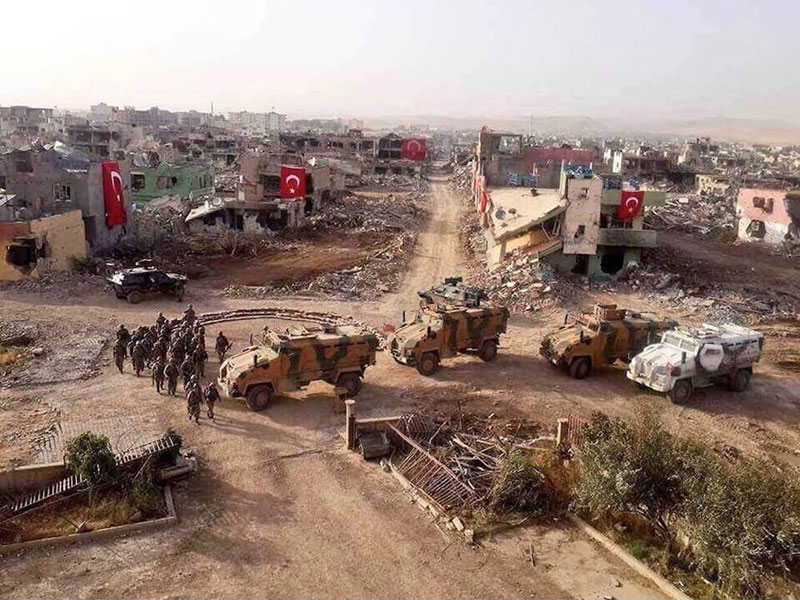 And that is what she drew:

At Houston and Bowery by Banksy and Borf:

In the large mural can be seen at the corner of Houston and Bowery in Manhattan with the tally marks symbolically describing the number of days Dogan has already been imprisoned for.

According to Colossal, the perspective that the Mardin 2nd High Criminal Court considered a crime is the Turkish flags that Dogan added, draped over the facades of some of the standing buildings, parts that also surface in the original photo.

Check out the original Instagram posts below where Banksy urges his followers to repost the painting and tag the Turkish President, Recep Erdogan.

One year ago Zehra Dogan was jailed for painting this watercolour of a photograph she saw in the newspaper. Protest against this injustice by re-gramming her painting and tagging Turkey’s President Erdogan @rterdogan #FREEzehradogan

Sentenced to nearly three years in jail for painting a single picture. #FREEzehradogan