We are still waiting for the first trailer to release for producer James Cameron and director Tim Miller’s Terminator: Dark Fate, Check out this new poster in the time being.

The poster comes with the tagline, “Welcome To The Day After Judgement Day”, which is our first bit of info about the setting for the movie. It also features a lone Linda Hamilton is back in the role of Sarah Connor and looking like a total badass! 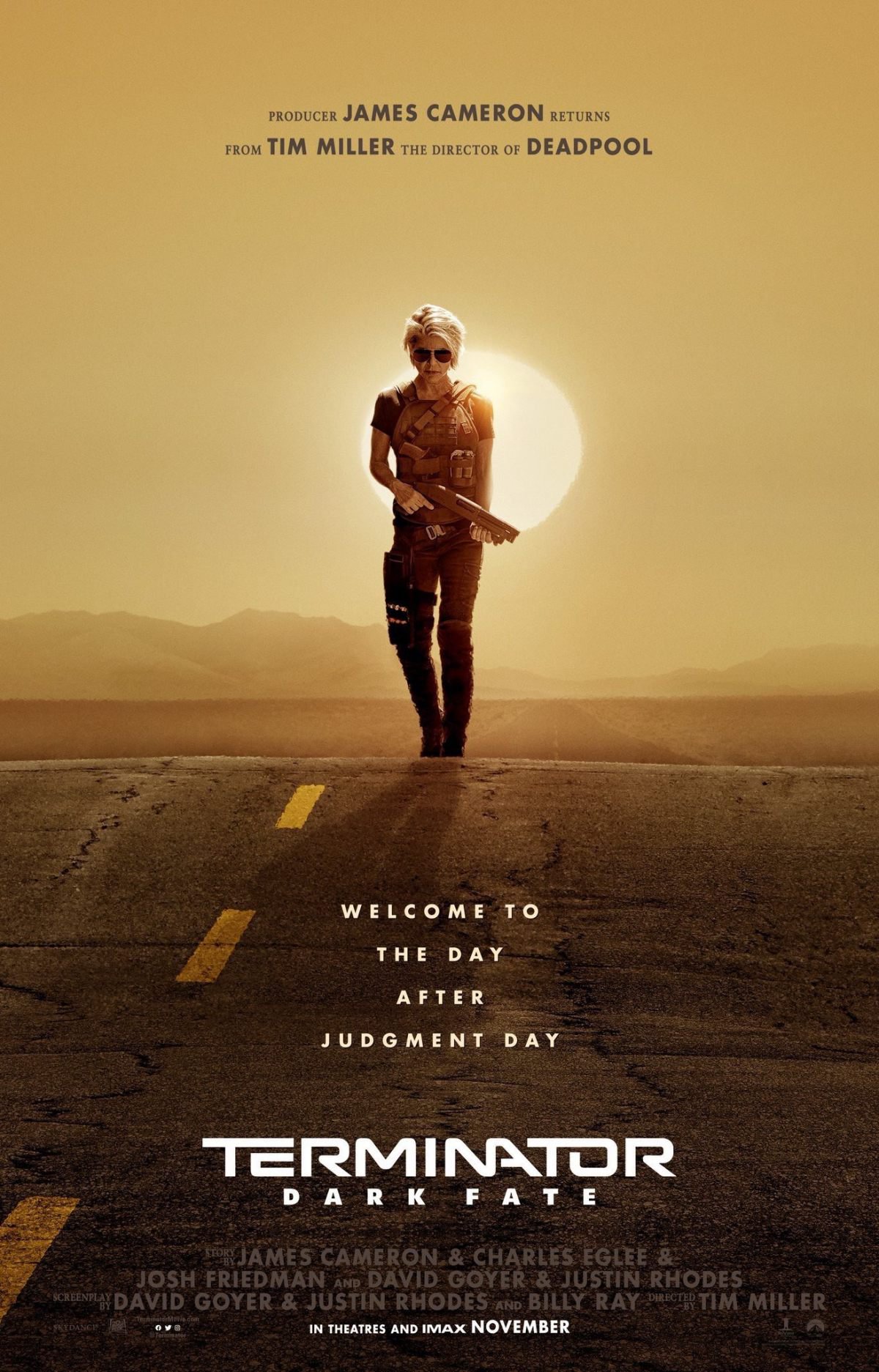 Terminator: Dark Fate also stars Mackenzie Davis, Natalia Reyes, Gabriel Luna, and Diego Boneta. While we don’t know enough about the story of the movie. We do know that Davis is an improved cyborg from the future who goes back in time to hunt down another Terminator, played by Luna. He has the power to split into two separate Terminators— a dark liquid metal version that looks human and an exoskeleton.

We will also see Davis’ character team up with Schwarzenegger’s T-800 and Sarah Connor to stop this new Terminator. We don’t know what Luna’s mission is as the Terminator, but we’ll find out soon enough.