HBO Max released a new poster for its upcoming series The Flight Attendant featuring Kelly Cuoco (Big Bang Theory) in the lead role. The poster also comes with the tagline, “A Deadly Mystery With A Turbulent Descent.” 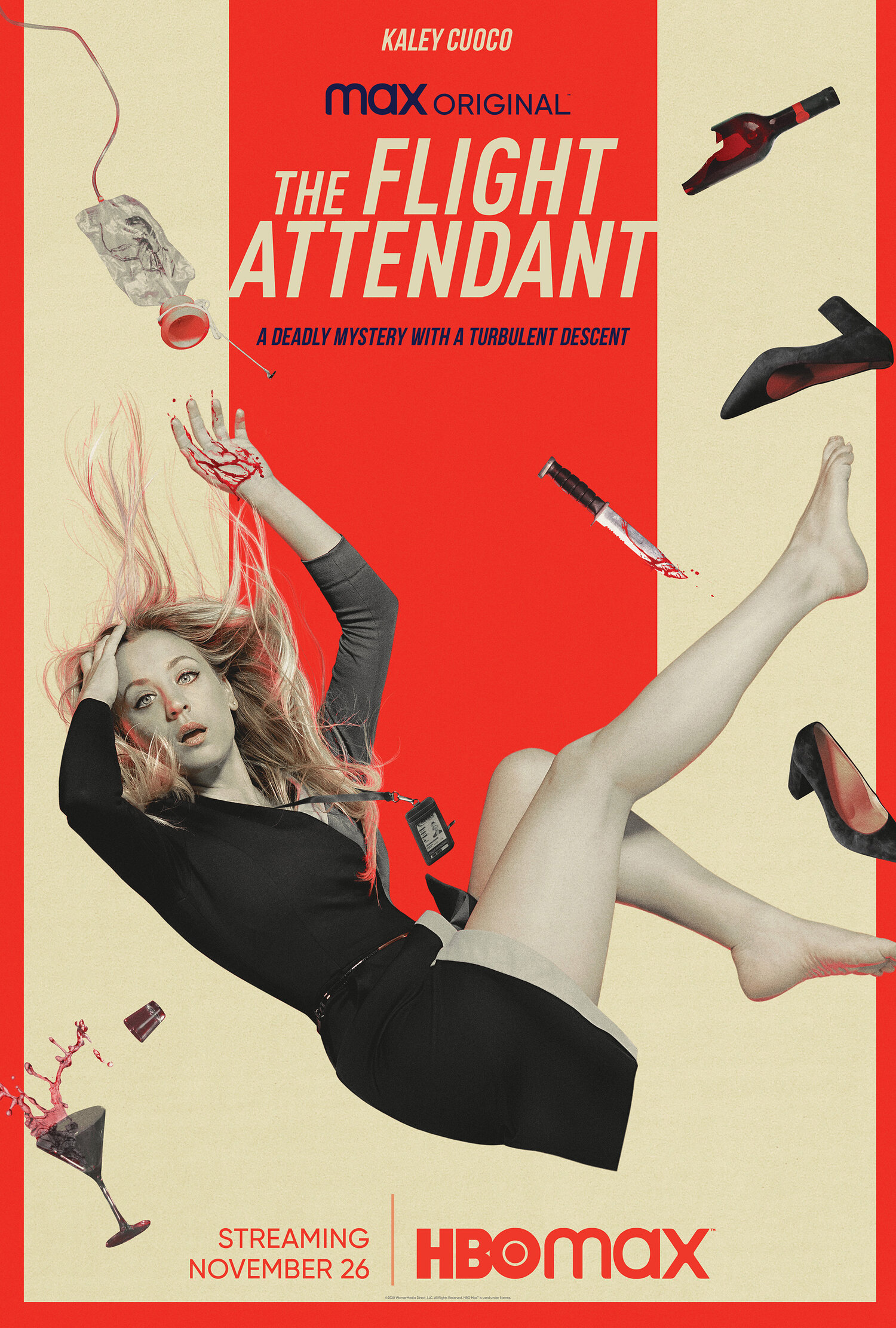 The Flight Attendant series is based on Chris Bohjalian’s novel of the same name, the series stars Cuoco as Cassie, “a flight attendant who wakes up in the wrong hotel, in the wrong bed, with a dead man.”