I played these games when I was a kid and I have never imagined that I will see them being remastered but now they are being remastered. The classic 16-bit Disney Games Aladdin and The Lion King are coming back.

If you were a fan of these games, you’ll be happy to know that that have been remastered and are being re-released in a single package for the Nintendo Switch, Xbox One, PlayStation 4, and PC and they will hit the stores on October 29th.

They have been improved with 1080p graphics, in-game rewind and save options, custom filter choices to replicate CRT televisions, and then some more. Check out the complete list of features for the special edition retro versions of Aladdin and The Lion King:

You can pre-order the standard game for the PS4, Xbox, One, and Nintendo Switch for $29.99. Best Buy’s retro editions for the Nintendo Switch, which comes with an exclusive poster, retro-style manual, and box/clamshell packaging in the style of the SNES and Sega Genesis will sell for $49.99. Both are coming out by December 10th.

iam8bit is also selling some limited edition (4500 units) legacy cartridges for the SNES and Genesis with amazing cases, artwork, packaging, and different “retro pack-in surprises.” You can order for $99. 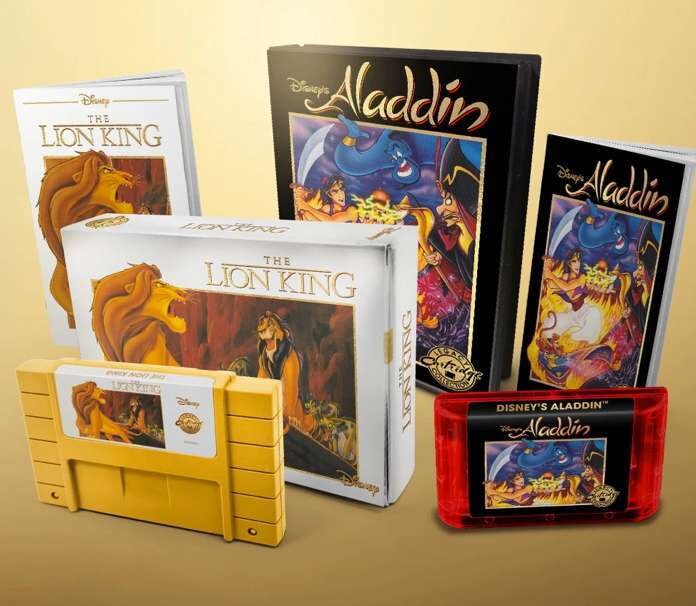