It’s Sunday afternoon and it’s pouring rain outside. You’re feeling sleepy and have no intention of leaving your bed until tomorrow. The only thing you want to do today is to relax and watch a movie or two. But, how to choose which one?

If you’re a law movie fan, you’ll be thrilled to know we compiled a list of our top 10 motivational movies about lawyers you need to watch once in your lifetime.

The protagonist of the movie, Erin Brockovich (Julia Roberts), is a single mother who becomes a legal assistant. She shortly begins to work on the Pacific Gas & Electric Company case. With her impeccable instinct and skills, Erin puts all of her efforts into bringing down this multi-billion dollar company which turned into one of the biggest lawsuits in American history. 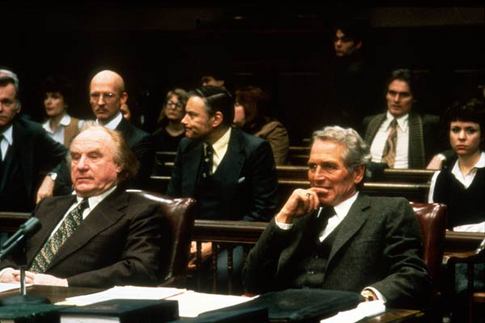 Frank Galvin (Paul Newman) is a former successful lawyer who became frustrated with his life and is now working as an ambulance chasing lawyer. As he is also facing money issues, Frank will do anything he can just to earn a few extra bucks. His friend finds him a case which could bring Frank several of thousands of dollars if he settles outside the court, but he decides to take it to court and fight for what’s right.

Mitch McDeere (Tom Cruise) is a young man pursuing his law career. As he is going to take his Bar exam, Bendini, Lambert & Locke, a small firm in Memphis, approaches him with an offer that’s impossible to refuse. Mitch quickly gets used to this luxury lifestyle but things go south as two associates get murdered. Now, he needs to make yet another difficult choice – help the FBI or stay with the firm. This is the perfect movie to watch if you want to take a break from studying or writing your law essay as it’s very intriguing!

Andrew Beckett (Tom Hanks) hides his homosexuality and HIV status because he fears it might cost him his job at a high-profile Philadelphia law firm. Unfortunately, his secret gets out. He gets fired from the company and decided to sue for discrimination. Only one lawyer, Joe Miller (Denzel Washington), is willing to help him in court. However, the trial will be anything but easy.

The story starts at the middle of the trial where a young man is accused of murdering his father. The entire movie takes place in the jury room where the case turns into a detective story. Slowly, all of the jurors’ prejudices are exposed, one by one, including the accused man as well. The level of doubt is increasing and filling up the whole room as things are not as certain as they were at the beginning.

Haven’t read the book yet? Watch a movie today. This famous story takes place in a small town in Alabama where Atticus Finch (Gregory Peck), a lawyer and a widower, lives with his two children. Atticus is currently working on a case where he is defending Tom Robinson, a black man accused of raping a white woman. Following the lives of his children, neighbors, citizens, and others, the movie demonstrates how society reacts to this trial.

Frederick Manion (Ben Gazzara) is arrested for the murder of a bartender. Frederick claims the victim raped and beaten up his wife. However, there is no evidence of the rape as much as his wife supports his story. Fredericks’ lawyer, Paul Biegler (James Steward) soon realizes that something is not right with his story.

Sir Wilfrid Roberts (Charles Laughton) takes on a murder case in which he defends an American war veteran Leonard Vole (Tyrone Power). Accused of killing a lonely, wealthy widow, Leonard could be facing prison as evidence points to him as the murderer. Did he kill this woman even though he was happily married?

Based on a real-life story, Bertram T. Cates (Dick York) is a teacher who gets arrested for teaching Darwin’s theories. He has a well-known lawyer, Henry Drummond (Spencer Tracy) defending him against a prosecutor Matthew Brady (Fredric March), a fundamentalist politician. They are both passionately expressing their arguments about the evolution and consequences of teaching it.

Choosing your cousin who is an inexperienced lawyer to get you and your best friend out of prison is a recipe for a disaster but an excellent movie. Bill and Stanley are two friends who were framed for murder and robbery. They don’t have the money to hire a lawyer, so they reach out to Bill’s cousin Vinny (Joe Pesci), a lawyer who has never been at a trial before.